I recently posted on LinkedIn about a favourite subject of mine, deliquescence. You may think this is a bit weird to have enjoyment in such thing, but it simply fascinates me from all sorts of angles.

Deliquescence – What Is It?

To begin with, deliquescence is a perfectly natural process in some materials that adsorb moisture. There is a natural tendency for materials to adsorb and release moisture depending on the surrounding relative humidity (%RH). Some materials that have a high solubility in water adsorb moisture from the air and the molecules at the surface dissolve in this moisture. As more moisture is adsorbed, more of the material dissolves and this can continue until all the material turns into a liquid solution of the substance.

In Nature this phenomenon is exploited by some organisms for their survival. House mites will only thrive above a certain level of humidity and that is determined by deliquescence of a Na and K salt combination and the liquid draining into the mouth of the mite. The Atacama Desert, located in northern Chile, is accepted as being the driest and oldest part of our planet. Microbiologists have studied the bacteria and fungi from this region since the 1960’s. One area of scientific research has been studies on microorganisms in halite crustal deposits in evaporated lakes and salts within rocks where moisture can penetrate. Deliquescence of these salts is transient occurring when moist air from the Pacific Ocean is carried in land, but sufficient to provide a source of water for microorganisms.

So how can we use this phenomenon of deliquescence in practical ways? Let us take a look at what happens to rock salt. In this example a candle holder made from rock salt, but this is also applies to rock salt lamps. Compositional analysis of the well-known Pink Himalaya Rock Salt shows it to be about 38.6% sodium. A quick chemical calculation tells us that NaCl is made up of 39.3% sodium. The difference in rock salt from pure NaCl is less than 1% of other minerals.

A Christmas present of two rock candle holders were left sitting on a glass table. They both ended up surrounded by a clear liquid. It took several sheets of kitchen roll to mop up these little pools. Magically this liquid seemed to have appeared out of thin air!

The truth is that it did come out the air, but not by magic. A saturated solution of NaCl is accepted by IUPAC as a standard for 75 %RH with which to calibrate humidity instruments. However, 75 %RH is also the humidity at which solid NaCl begins to adsorb moisture from the air.

The outside humidity was quite high, so a practical experiment was performed. I left the salt candle holder outside on a plastic chair for a few of days when there was no rain forecast. In the photo you can see the liquid produced from running off the candle holder. At the edges and within the liquid are white spots from the salt recrystallizing as water then evaporates. The same effect happens at salt lakes and hot salt springs that gives the salt deposits that the candle holder was probably made from in the first place. For this to occur with the salt candle holder the outside humidity would have to be above 75%.

The Relative Humidity of Deliquescence

Observing the deliquescence in the lead photo, would you not like to know at what humidity this was going to occur? One technique for obtaining this information is Dynamic Vapour Sorption (DVS). This technique is generally regarded as the ‘gold standard’ for moisture studies. Performed at constant temperature, a moisture sorption isotherm of your API undergoing deliquescence may appear as a material with little or no weight gain and then show an inflection at a particular relative humidity.

I was kindly granted permission to use the picture below of DVS graphs, known as moisture isotherms. Weight gain and loss in a material as the %RH increases and decreases are shown for a substance that undergoes deliquescence. There may be other interpretations, but my view is that between 70-80 %RH an inflection in the curve is caused by the substance starting to deliquesce as it adsorbs moisture. In the drying cycle of reducing %RH the substance returns to a solid state at 70-80 %RH. Note that the substance having been exposed to moisture prevents its released at lower %RH and the same starting %RH value is not achieved. One reason could be that a new crystalline state trapping in water molecules has been formed and this substance is displaying polymorphism.

Relequa’s MP-1000 Moisture Profiling™ System can performed the task of identifying the deliquescence relative humidity at ambient temperature. The API in the lead photo was found upon testing by Moisture Profiling™ to have a Water Vapour Equilibrium Point (WVEP) of 29%. To avoid moisture uptake and prevent deliquescence in this case, the API should be handled in an atmosphere below 29 %RH. If we had tested the rock salt of the candle holder, we would find that the WVEP would be around 75%.

In less than an hour, the WVEP of an API can be determined using the MP-1000 Moisture Profiling™ System.

The story of the three little tablets

We all like a story with a feel good ending.

Here is the story of the three little tablets and the Big Bad Humidity.

There once were three little tablets that had just graduated from R&D with their DSC, TGA and DVS, ready to start their journey out into the big wide world. One of the little tablets even graduated from R&D with honours in high amorphous content. In the beginning they were well made up, and in their API hearts, very happy with their polymorphic state.

And the moral of the story is?

Be in control of moisture at all times.

I write about how humidity and moisture effects everything around us. If you would like to hear more on the impact of moisture, various topics on moisture and humidity are discussed in my eBook “A Wetter Look At Climate Change”.

Candle in the Moisture

I always finish at the end of my blog posts with the words “Welcome to my world of moisture”. A simple thing happened in my world of moisture that would have most people guessing “what’s gone on here?” or maybe “who’s done this?” That thing was a pool of clear liquid around a candle holder, shown in the picture, which was sitting on a glass table. Where had this liquid come from? Who had split water or something on the table? Nothing had been split. The candle holder had been left untouched for weeks. Magically this liquid had appeared out of thin air! A mystical apparition materialising from the ether? Help, somebody call a medium. A “sign from above” warning of looming storms and flooding. Or maybe we can find an answer from science…..

END_OF_DOCUMENT_TOKEN_TO_BE_REPLACED

My Damp Sheet of Paper Mystery

I was feeding sheets of paper into a paper shredder and stopped suddenly when I felt a piece that seemed to be damp. The other sheets of paper in the same pile were dry, so how is it that this one sheet appeared to have picked up moisture? As far as I could see, this “damp” sheet came from the same place as the others, which was a stack of various documents, flyers from the post and envelopes with their plastic windows torn out. Curious is it not, to have just the one damp sheet in a pile, how can this be?

END_OF_DOCUMENT_TOKEN_TO_BE_REPLACED

You say biscuit, I say cake! 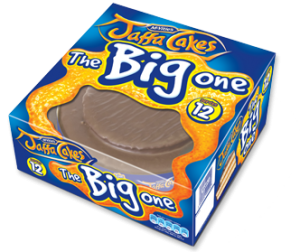 Imagine not knowing the difference!

I might say “Thank you very much. I’ll have a nice cake to dunk in my tea”. Doesn’t quite work does it?

What about a Jaffa Cake? A quick dip into the hot tea just enough to start melting the chocolate and into your mouth for a bite of warm chocolatey citrus delight.

Who cares about the difference? Let’s bring in the lawyers for a decision. Well, McVitie’s did, and didn’t have to pay the UK tax man VAT on about £1 billion yearly sales of Jaffas…

END_OF_DOCUMENT_TOKEN_TO_BE_REPLACED

In My Moisture Home 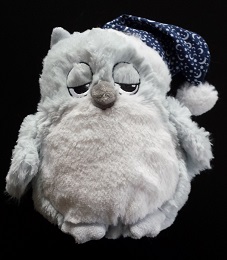 His name is Twitt

“Think of a name” I asked. With a great stretch of imagination he was christened Twitt! Fantastic, the latest addition to our family of microwaveable warmers. We were just putting away the last of the Christmas presents and Twit was being taken out of his packaging when I heard “what’s the instructions?” Why on earth would you need instructions? Taking the path of least resistance I read out the instructions. And would you believe it, instantly I had another topic for my blog.….