I stopped writing my blog when COVID-19 began spreading to become the pandemic that we all now know. My reasoning was that anything that I would write about paled into insignificance compared with the devastating effects of the virus. Looks like we are now in acceptance of a “new normal” and life goes forwards somehow. Two things have happened recently that I thought I’d write about to pass the time, using the power left on my Chromebook, as storm Francis has just taken out the electricity. One a change in lifestyle, the other a consequence of my last blog post “Life on Mars”……

Let’s start with the lifestyle change. On advice I bought some goats milk to try as a replacement for cow’s milk. Just the one litre carton to give it go. Much to my surprise I liked it. Yes, the fat content is higher at 3.8g per 100ml instead of 1.5g per 100ml in our usual semi-skimmed but that’s not something that concerned me. I’m now buying at least 4 litres a week.

On the goat’s milk carton, I saw a competition to win a month’s worth of Glenisk products. Send your story and get entered into a draw. So, this is what I wrote:

“I am a fairly fit person in my 60s but was diagnosed with a lack of energy and digestive problems. A suggestion was to try cutting out dairy products. This upset me greatly as a life-long lover of milk, cheese and yoghurt. Another suggestion was to try changing to goat’s milk. I don’t know why but I thought goat’s milk was going to be disgusting. Anyway, I have just bought some Glenisk Goat’s Milk and tried it in my usual cup of tea. Surprise, no difference in taste. Next the big one. Goat’s milk with my regular morning porridge. Well, absolutely delicious! I realised then that your goat’s milk is pure whole milk making my porridge nice and creamy. Reminded me of when I was young and we only had full milk from the milkman, and I loved the cream on top of the bottle! I hope you like my story.”

So far, I’m not a winner. But customer service at Glenisk appreciated my story and sent some vouchers in the post. I asked her if there was anything they do where moisture would be important so that I can write about it on my blog. They came back with “I don’t think there would be much of a theme other than the rain that falls on our soil keeps it highly nutritious.”

Maybe taking goat’s milk products, or simply working at Glenisk, makes you prophetic but it’s less than a month since Glenisk customer service prophesied and we have since had storms Ellen and Francis, both with very heavy rainfall. To have this in August is unusual, but I suppose it’s been that kind of year. Plenty of moisture for your nutritious soil now Glenisk!

A prophesy of my own that I talk about in my eBook A Wetter Look at Climate Change is with a bit of knowledge about moisture and humidity, it was easy to predict that global warming would lead to more frequent destructive storms.

Elsewhere on the goat’s milk carton is a commitment by Glenisk to plant one million trees.

So, on the road to better digestion and more energy in my life. Also, helping in a small way to increase the number of trees, as well as, reducing the plastic burden on the environment and saving a bit of money. Feeling good.

Onto my big challenge. Since we are going to have several months of staying at home in the “new normal”, I had a look at Open University courses. After a bit searching, I came across S283 Planetary Science. This is a module running from October to June and includes structure and origin of our Solar System, the layout of the planets and their physical properties; meteorites, asteroids and comets and the giant gas planets; processes such as impact cratering and volcanism shaping the surfaces of many bodies in the Solar System; and exploration of the processes at work in the atmospheres of both terrestrial and giant planets.

It’s hard to conceive, but the land around me sits on rock that was once at the South Pole. Plate tectonics I’ve known about since geography at school. Studying this is going to be fascinating.

The photo is taken from an information board at my favourite cove just along the Waterford coast.

One of the topics is an introduction to Astrobiology and looks at the conditions for evolution of life on Earth and the possibility of life on other planets. In my Life on Mars blog post I write about talking to an Astrobiologist working in Spain, Armando Azua-Bustos. We had a Skype call and he enlightened me about the strategies that microorganisms use to protect against dehydration. This raises the possibility of life having survived the harsh conditions on Mars. Little did I think then that I would be studying this nine months later.

As part of registering as a student on The Open University they give you your own blog page. I will be writing about my progress and posting this on both the OU blog and this blog.

I am getting a bit worried about the current weather. Staying with a gardening theme and fungi, we are having the type of weather that these microbes love. Days of showers and not enough sunshine to dry the ground. On top of that, the night time temperatures are sitting around about 11 to 13 centigrade. Very mild, damp and favourable for certain types of fungi. In my last post on this blog I talked about the fungi responsible for “damping off” by attacking young plants. This time my focus is on another troublesome fungi that attacks both mature and young plants, the dreaded “Mildew”.……..

END_OF_DOCUMENT_TOKEN_TO_BE_REPLACED 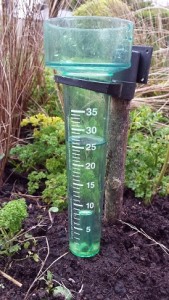 Out of my own interest in rainfall I put my local rainfall data for Nov, Dec and Jan for the years 2009 – 2014 onto a chart. It showed the Total rainfall in each month fluctuated as expected but there was no dramatic increase in the overall volume that fell. I have just done another chart showing the monthly and total rainfall to include the past three months and the story is now different.… END_OF_DOCUMENT_TOKEN_TO_BE_REPLACED

Climate change in the news 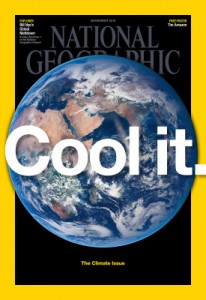 Black smoke billowing out, dark skies, hurricanes, floods, these are the images presented in the news that stick in my mind from climate change bulletins. Paris is the focus for international climate change discussions this week and next with a timely opportunity for all the countries involved to come away with a positive forward looking outcome.

The extent that humans are responsible for global warming and the difficult politics of controlling carbon emissions is not within my scope of expertise. I take the consensus of climate scientists and trust the data that tells you that our planet is warming too quickly. My next logical step is to say this must have consequences. END_OF_DOCUMENT_TOKEN_TO_BE_REPLACED 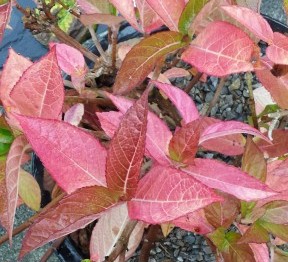 Autumn is great time of year for change. There are changes pleasing to the eye as the plants show their autumn colours and the not so pleasing changeable weather when there is a storm sitting off the west coast of Ireland. Wetter weather at this time is expected but this year we had not only a very dry spell but quite cold conditions that got us thinking of turning on the central heating one month early. END_OF_DOCUMENT_TOKEN_TO_BE_REPLACED