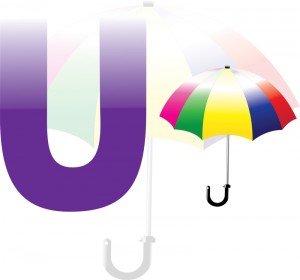 Answer; they can be listed in alphabetical order and are the names given to the six storms that have hit Ireland and the UK since November.

Naming these storms comes from a naming convention set up between Ireland and the UK for winter storms and taken from a list of names submitted by us the public. The idea apparently is to make us more aware that storms are approaching which is supposed to help us be better prepared and more careful.

I was certainly aware of storm Frank when driving back to Dungarvan from Clonmel through the Comeragh Mountains. Before Frank hit, two of the bridges across the river Suir had been closed and metal flood barriers alongside the river where in place. When leaving Clonmel, Frank had just started delivering what he had stored up for us. Having crossed over the one remaining open bridge, we followed a “safety car” along the Dungarvan Road going south out of town. A yellow flashing light was put on where parts of the road were about half covered in water and we were led through the centre of the “puddle”.

Here in our garden in Dungarvan, Frank left us with 48mm of rainfall. We’ve got off quite light really as there are floods over many parts and thousands without power.

In February 2014 I wrote a blog that was published by BookBoon. At the time of writing this blog the UK was suffering some bad floods. What I noticed from my own rainfall measurements was that the total amount of rain over winter had not increased as I might have expected. Adding up the amount over the winter months showed nothing had changed dramatically. What appeared to be causing the flooding was most of the rain falling all at the same time. Really heavy showers lashing down rain over 30 minutes or so and then doing that repeatedly.

Not so with Frank and his siblings this winter. Another day to go and I’ll add up December’s rainfall but just glancing over the numbers, this must be one of the wettest Decembers on record. Probably it will be one of the warmest as well I would guess.

Here’s wishing you all the very best for the New Year and I’m hoping that it’s not Gertrude that comes First footing!

If you would like to hear more about how weather and climate changes our everyday life, please sign up for email alerts of my blogs.